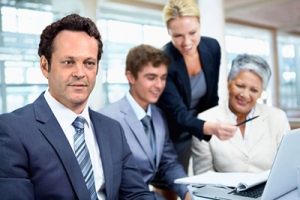 We were trolling the Internet looking for some successful Brits to feature, no luck. Called in some favours from our spies strategically placed at pubs, curry houses and greasy spoons across Toronto. Zilch.

But wait! Didn’t we just chat to a Brit a few days ago about his sports team? Why yes. Yes, we did.

Two seconds later we had Ahmed El-Etriby on the e-mail dog and bone, gave it a little chin wag and bob’s your uncle … here we go:

About six years ago I made a decision that I needed to change my life up. I had just graduated from university in Manchester and got a job and started living back at my mum’s. I wasn’t feeling too great about what I was achieving so made a plan to move and live in NYC (one of my lifelong dreams).

But as it turns out, it’s pretty much impossible for British passport holders to get an open visa to the States.

Canada seemed a logical back-up plan and the visa (working holiday visa) was easy to get, so decided to come to Toronto.

I’ve been here for four years now and it definitely wasn’t in my planning, but have made a decent life here and got my Permanent Residency last year so will probably be here for few more.

I came here with limited planning and just two goals: find a job and a place to live. When I landed I didn’t know anyone here and was living in an eight-man room in a hostel.

I was amazed by how many people from England/Ireland were in the hostel and doing exactly the same thing as me, coming for the year, searching for a job and place to live.

It was a very hard six weeks at the beginning. To get extra cash was handing out newspapers on King and Bay. But then got a break on a house, moved in with another English fella and then two weeks later got a job — and the rest is history.

A lot of people talk about the multicultural aspect of Toronto or the great food but I love how safe it is. People here are very nice and polite compared to other North American cities and compared to back home, it’s a no-contest.

It’s a great sports city as well — not success wise! — but you can find pretty much any sport you want to play and there’s a league setup or some structure in place to play it. Football (soccer) is big over here and it good to watch a game at 10:00 a.m. on a Saturday.

The vast majority of people I know here are English or Irish. The Irish outnumbering the Brits by a large amount but they’re just as much fun.

My favorite place in Toronto is Queen West. The Dog & Bear (my favourite bar) is down there along with the Bristol Yard across the road, a kind of little Britain.

There are also British food shops across the city, so if you do feel homesick, nothing like a cold glass of thick Ribena to wipe away those tears.

I do feel sometimes Brits are suspicious of other Brits that are here. I think it’s down to Canadians’ perception of us as big drinkers and hooligans and a lot of people like to play up to that. Tends to happen in football bars … can be very cringeworthy to watch.

Try and stay here long enough for the Leafs, Raptors or Blue Jays to win a title — the city will be bouncing for months after!

*Shortly after posting this interview, we were alerted to the fact that the man seen in the above photo is, in fact, NOT Ahmed but an imposter. The real Ahmed is below and the authorities have been alerted. We apologize for any confusion.

The real Ahmed, and not an imposter