And fingers on the buzzers, no conferring

So you jumped on British Airways, crossed the pond, lived the Toronto lifestyle for a few months and thought, “Hmmmm, I could make a go of this.”

The practice test consists of over 100 multiple choice questions derived from the book Discover Canada, on which the test is based — so it’s very accurate to the real thing.

So if you feel up to it, click here and give it a go!

The Bottle of Britain

Bit of confusion in the Brits in Toronto office this morning. The crew were settling down to catch up on the EastEnders omnibus — and we hadn’t even got past the dramatic opening credits drum intro — when there was a knock on the door.

We had no idea what was going on until we realized it was pop star Bez and he’d misheard the theme of our new blog post, Hoppy Mondays. Bit awkward but these things happen.

Spitfire Premium Kentish Ale certainly has the hop quotient. In fact, its website states it has “an infusion of three Kentish hops” and the LCBO goes so far as to say, “Clear deep amber with a dense cream head; on the nose are notes of toffee, grapefruit, honey, crusty fresh bread, dried flower and grassy hops; on the palate it is medium bodied and moderately carbonated, with flavours of bready malt, caramel and bitter hop presence that lingers on the finish.”

Oh you had us at “crusty fresh bread” you smooth talking review writer.

We found it went well with some seafood, actually, and definitely had a fruity touch to it. The can design was what enticed us to try it in the first place and we’re glad about that.

We give this ale a Brits in Toronto 3/5 stars.

Contrary to popular option, we’re a cultured bunch here at Brits in Toronto so were pleasantly surprised to find this old video of British Week in Toronto, 1967. (No sound, alas.)

Here’s a list of the scenes in the video: V.S. Band of Scots and Welsh Guard marching into Nathan Phillips Square prior to opening ceremony. V.S. At opening ceremony with Toronto’s Mayor Dennison and Prime Minister Lester B Pearson delivering his opening address. G.V. Thousands of balloons being released. V.S. Pearson walks away, he shakes hands with Alfie Howard and the Town Crier of Lambeth. V.S. Around exhibition hall showing British carpets and cars including an Aston Martin DB6. V.S. In the London pub a Pearly King and Queen try to get the drinkers to dance. M.S. Alfie Howard the Town Crier in action, next to him is a British policeman. V.S. British clothes, toys and china.

If that sentimental memory of good times found you cutting dusty onions, then you’ll be pleased to know the video is on sale here so you can enjoy it time and time again.

And that begs the question … when can we have another British Week in Toronto please?

She and her husband are moving from Old Blighty  to Toronto next summer and Lucy has already started her job search, so if anyone out there has some leads for a fellow Brit it would be much appreciated.

Lucy currently works as a media sales executive and — over to her — “Ideally, I’m looking for an opportunity in sales, in the media, customer based, something similar. I would love some advice on where to look and what Toronto is looking for in a potential British employee. I am very friendly, a proper people person and very motivated in whatever I do. Success is a big thing for myself.”

So if you can offer advice or job leads, please e-mail her at lucy–atkinson AT hotmail DOT co DOT uk — cheers! 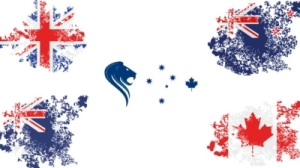 From the BBC: “A group of Commonwealth residents advocating for free movement among the UK, Canada, Australia and New Zealand, has collected 35,000 signatures. The Commonwealth Freedom of Movement Organization (CFMO) is calling on those governments to remove visa restrictions and work permits among their citizens.”

Coverage from the CBC and the actual petition. (It now has over 85,000 supporters.)

Brits coming to Toronto may decide to end up staying, thus becoming an immigrant, or even taking citizenship at some point.

A TV program launched by New Canadians focuses entirely on resources for newcomers and information to help succeed in Canada. It was launched on October 23, 2015 on the Rogers TV community channel in the GTA. It is telecast on Fridays at 7:00 p.m. and repeats several times during the week.

The first episode features resources for HR professionals, UP Express, an immigrant success story and the Newcomer Day celebrations.