Kerry is heading to Toronto next month and looking for a job!

Incoming! Kerry is a Brit heading to Toronto next month and, being well organized, has already requested a free plug to see if there’s any interested people or companies out there willing to consider her for a job.

Kerry says she’s open to any kind of job but hopefully something in hospitality or personal training/fitness. Some highlights include: Confident speaker in front of large crowds or just on a one-to-one basis; Active team member and also self-motivated individual; Positive attitude to any situation which is shown through work in the prison service.

Kerry also has some experience in event promotion, social media and as a home carer. A pretty varied skill set if you ask us.

So, if you — or someone you know — can help Kerry out, please e-mail her at kerryannebond AT hotmail DOT CO DOT UK or contact this keen Brit via her LinkedIn profile.

The Sony Centre and Attila Glatz Concert Productions are pleased to present the National Dance Theatre of Ireland’s Rhythm of the Dance this St. Patrick’s Day, Friday, March 17.

Brits in Toronto has two pairs of tickets to give away. Simply leave a comment below or tweet us why you’d like to see the show with a guest.

On Wednesday night we’ll pick two lucky random winners, connect them with the show’s marketing person to arrange the tickets and that’s your Friday night sorted.

Here’s a clip of what to expect … 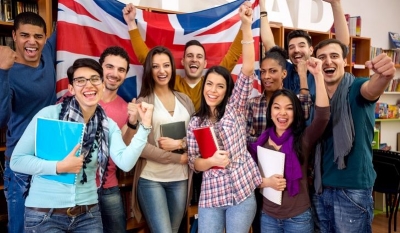 Been a busy week for people wanting to pick our readers’ brains!

Next up is Ryerson student Lauren who wants your opinion on expat and similar groups. We featured the Toronto Brit Meetup Group a while back, but there must be more out there that Lauren can chat to.

“I’m a journalism student at Ryerson University and for an assignment I am writing about expat and new immigrant meetup/support groups and how they help or hinder newcomers to Canada in integrating into Canadian society. I was wondering if you have been involved in any such groups and if you’d be willing to talk with me about your experience, or if you know other people who have done so and might be helpful.”

“I would be interested in talking to both recent newcomers, people who have been in Canada for years and everything in between. I would start with a fairly quick (10-15 minute) phone conversation and if people would be willing to meet in person for a more in-depth discussion than is easy to do over the phone, that would be great. If anyone is part of an expat meetup group that has an event/gathering coming up, that I could join in with, I’d love to do that too.

“The assignment is due in mid-April, but I’d like to hear from people as soon as possible, not to rush you!”

So, if you’d like to help Lauren out and tell her about your experiences, please e-mail her at lauren DOT lydia DOT der AT ryerson DOT CA — and thanks in advance!