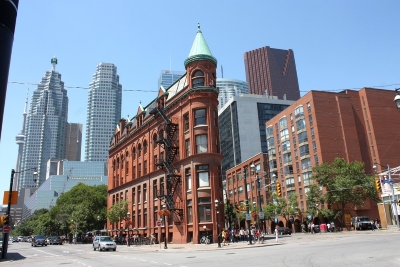 Note from British Bloke: This is an interesting, relevant and FREE article sent in by Jason who would really like you to check out his site Contractors Today. Cheers!

British architecture is something that you would expect to show up in England, Ireland or surrounding countries, but many people are surprised to learn that many of the buildings put up throughout Canada are inspired by the Brits as well. That’s because British architecture was very much a part of construction 100 to 200 years ago, and there are many buildings still standing today that show off that beautiful architecture.

If you walk around Toronto you’ll see many Gothic and Victorian-style homes and buildings. Many show off sharp peaks, carefully styled window casings and large bay windows. These are all signs of British architecture and they’re amazing to observe.

Below is a list of some of the top locations and buildings that demonstrate British architecture.

Take the time to visit some of these locations and you’ll become enamored with having a house of your own that incorporates at least some of these features. Be sure to speak to a professional contractor if you are considering having a home built or would like to incorporate some true British architecture into the design and style of your current home.

Visitors to Toronto should take the time to explore Rosedale, a beautiful suburb that’s home to some of the nicest Queen Anne revival homes in Toronto. They’re well-known for their beautiful arched windows and massive sun rooms that bring light into the home very effectively. Victorian homes are common around Toronto today and they were originally brought to the area in the 18th and 19th centuries after the British conquered the French while going after Quebec. 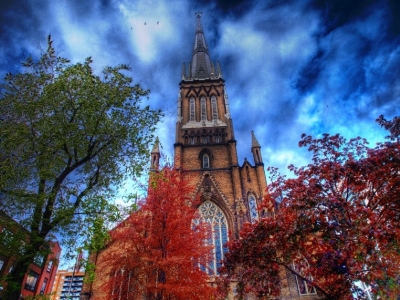 St. Michael’s Cathedral is one of the oldest churches in Toronto and has the capacity to hold up to 1,600 people at once. It was put up in 1848 and is a beautiful example of Gothic Revival construction. All the beautiful towers and angles give it an intriguing look that’s hard to ignore.

Casa Loma is a beautiful example of how Gothic Revival construction shows up in Toronto. It was built from 1911 to 1914 and now serves as a museum to the area. It’s open for display and is a very convenient location to visit for a look at top-notch British architecture in Canada. 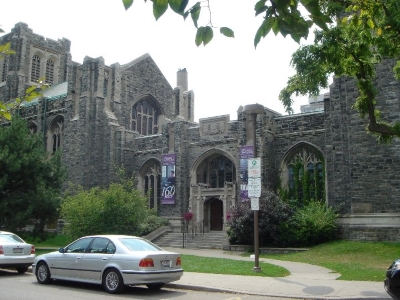 Knox College is an active religious school that shows off excellent British craftsmanship and design. It’s one of the best examples of British architecture in Toronto and is open to visit today. It’s still actively in use, and can be visited anytime that you want. The chapel is a particularly nice area of the school with a massive glass window that allows direct sunlight in for a nice bright viewing experience.

Hart House is an activity centre for the children going to school at the University of Toronto and it’s a beautiful Gothic construction that’s tall and thin like the buildings of that era are known to be. IT was built in the early 1900’s and is still actively used today. Hart House stands out compared to all the other buildings surrounding it because it’s taller and has a grander look to it. 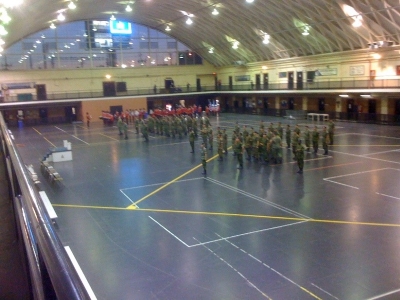 The Fort York Armoury is truly a structural feat that’s worth looking at. The building is home to the largest lattice wood roof in all of Canada and shows off many British design elements in its construction.

If you’ve taken the time to look at some of the buildings recommended above, you’re probably excited and enamoured with the beauty of the architecture. It’s impressive compared to many of the homes and buildings put up today.

These are the types of features that you can still incorporate into your own homes and businesses today.