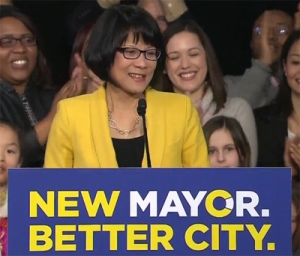 Aw civil, ooh threw her name in the hat today to be Toronto’s next mayor

The REAL campaign to become Toronto’s next mayor kicked off today when — as widely predicted — Olivia Chow officially announced she’s running for the job.

Brits in Toronto has no political allegiance or bias. We may “crack” the odd joke here and there, but in all honesty, just want to live in a great city like Toronto that is being run well, not costing us a fortune and has some respect.

Not too much to ask, eh?

There are 37 candidates so far, but here’s a quick list of the top prospects (in alphabetical order), links to their policies, agendas and websites and handy anagrams of their names you can break the ice at parties with.

David Soknacki = Vodka and sick, I

Good luck to all the candidates and may you keep the promises you make during this campaign! 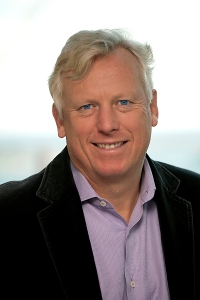 The Brits in Toronto crew are very honoured to have a former Mayor of Toronto agree to be our latest Successful Brit in Toronto: David Miller.

Now the President and CEO of WWF-Canada, all it took was a single, firm, modest “sure” via Twitter and the deal was done.

I chose Toronto but my mum chose Canada. We emigrated in 1967 originally, and came to Ottawa for her job as a teacher. I chose to come to Toronto for law school, because I loved the fact it had a subway and streetcars. And I knew that if I worked hard, I could get a good job.

My first real job was paving roads in Calgary, to pay for university. They were happy, as long as you had an Alberta address and were fit. My mum, though, had a different experience. She was recruited as a teacher by immigration, then, once we emigrated, told by the Ottawa School Board that she wasn’t qualified in Canada. She was livid. And sorted them out …

The best aspect of living in Toronto is the green space — the waterfront, the parks, and the river valleys. The worst is the winter weather. It never stays fully winter and the city turns brown. In Ottawa, it’s cold enough that the snow stays as snow.

I don’t make too much effort to join British events in Toronto, although I have gone to some formal ones, like with the Canada/UK and with the Consul General. I see other Brits when I go to a suitable pub to watch the football — I proudly wear my England shirt, and watch them break our hearts. Again.

Best pub to just enjoy: Allen’s on the Danforth. John Maxwell pours a great pint, food is excellent, and a terrific patio.

I seem to connect with others from the British Isles through sports — rugby, which I played for over 20 years, football, and cricket primarily. But there are some great formal organizations, like the Chamber of Commerce, and the accounting organization CIMA, that can help meet people from a business perspective and often host events with interesting UK speakers. Cheers!

Rob Ford from Manchester, England is not a mayor, has never smoked crack or been very drunk in public. One of these may be wrong actually

So unless you’ve been living under a rock the past few weeks, you know that Toronto Mayor Rob Ford is in a bit of a pickle. He’s been accused — actually, now admitted — to smoking crack cocaine, being very drunk in public and … just today … been caught on camera threatening to kill someone.

Toronto is a divided city: those who hate the guy, feels he’s embarrassing us and has to go — and those in “Ford Nation” who love the guy, want to forgive his foibles and feel he’s a “man of the people.”

The former fake Rob Ford, not the latter fake Rob Ford — this is so bloody confusing! — has been featured in the media and just wants to live a quiet life. Can’t say I blame him.

So, to all the British fake Rob Fords out there, we want you to know that Brits in Toronto has your back and support from across the pond!